Back from the dead: Anders and PT-16

Yesterday Polish sources started to tease new armored fighting vehicle developments, today first footage of the two new developments has been released: the Anders and the PT-91 developments have been resurrected to serve as a base for the new vehicles. The PT-91 main battle tank (MBT) has lead to the new PT-16 MBT. 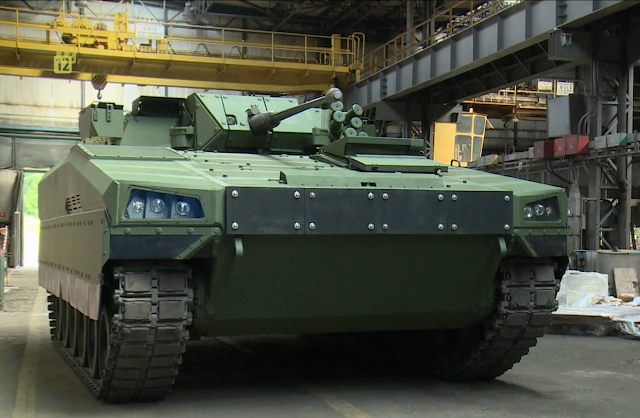 The Anders was originally developed as a family of vehicles, most prominently a light tank. The family of vehicles also included an infantry fighting vehicle (IFV) version aswell as several other roles. The project was however terminated.
The Anders is a front-engined vehicle with steel tracks. It is made from welded steel with further applique composite armor added for enhanced survivability. 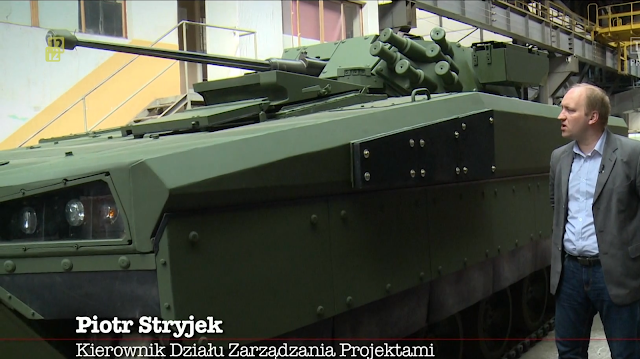 The new Anders is fitted with Oto-Melara's HITFIST-30P turret (the same turret as used on the wheeled Rosomak IFV). In so far this is identical to the earlier Anders IFV prototype, however features and details have been altered. This configuration is meant to compete with the new Borsuk IFV, that is being developed for the Polish Army. The Hitfist turret is armed with a 30 mm Bushmaster II chain gun from Aliant Techsystems (ATK) and a coaxial machine gun. Furthermore new Spike-LR anti-tank guided missile (ATGM) launchers have been added to the turret. One launcher holding one missile is located at each side of the turret. These launchers has been developed on behalf of the Polish Army for the Rosomak wheeled IFV.
The Hitfist-30 turret can be armored up to STANAG 4569 level 4 (protection against 14.5 mm API all-round), but on the original version used on the Rosomak it was less protected. The addition of ceramic armor made by the Israeli company Rafael was necessary to reach level 4.
The Anders' hull is designed with modular protection ranging from STANAG 4569 level 3 (protection against 7.62 mm NATO AP ammo with tungsten-carbide core) to level 5 (protection against 25 mm ammunition) or beyond. The vehicle is not amphibious. 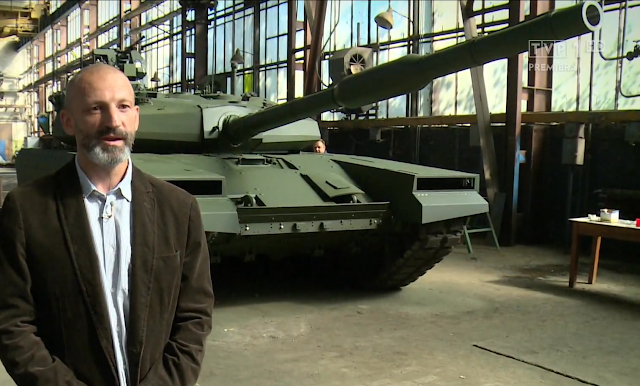 The new tank is supposedly called PT-16, but it is not clear if this is the final name. It is mainly meant for export, as the backbone of the Polish tank force is meant to be the Leopard 2, which is in process of being upgraded to the new Leopard 2PL configuration in the near future. The new PT-16 tank is somewhat related to the PT-91 "Twardy", because it utilizes an upgraded version of the PT-91/T-72 hull. 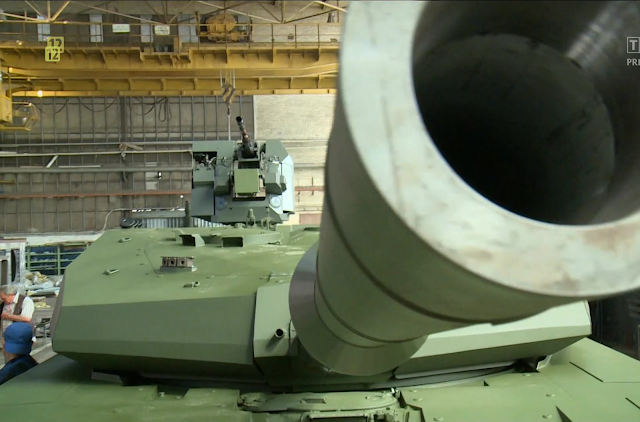 However it seems to feature a new welded turret, which is armed with a 120 mm smoothbore gun manufactured by Huta Stalowa Wola (HSW). While Poland had started the development of a local copy of Rheinmetall's 120 mm smoothbore design, the gun of the  PT-91 is supposedly manufactured under licence; it has not been revealed whoo is responisble for the gun design and licencing; possibilities include companies from France, Germany, Ukraine or Switzerland. The gun is capable of firing Rheinmetall's latest 120 mm DM63 APFSDS and DM11 HE rounds. The new turret has to include a new autoloader to load the longer 120  x 570 mm unitary catridges for Rheinmetall's smoothbore gun design; how exactly this has been solved by the Polish engineers is unknown, but the Anders light tank and the Pl-01 concept tank utilized bustle mounted autoloaders. 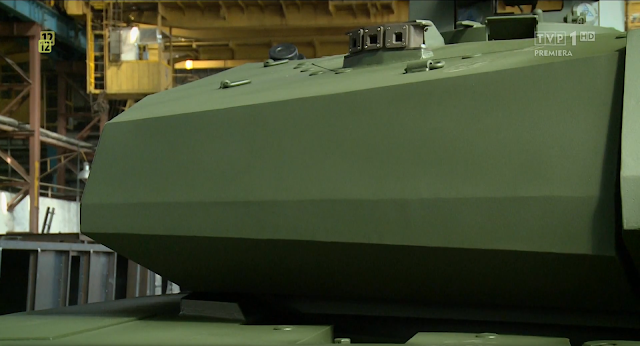 The tank is protected by new modular composite armor. The turret armor is extremely thick and is reminiscent of the AMAP composite armor from the German company IBD Deisenroth as utilized on the Leopard 2 Evolution. IBD Deisenroth has supplied the armor package for the Rosomak-M variant and will deliver the armor for the new Leopard 2PL version. In so far it seems to be possible that IBD delivered the armor for the PT-16. It is understood that there will be some sort of local production of IBD's armor for the Leopard 2PL; if this is done under licence or with a local subsidairy is not clear at the moment. The hull front seems to be fitted with applique armor modules, but retains a number of classical T-72 features; the integrated hull armor might still be identical to that of the T-72M1/PT-91. 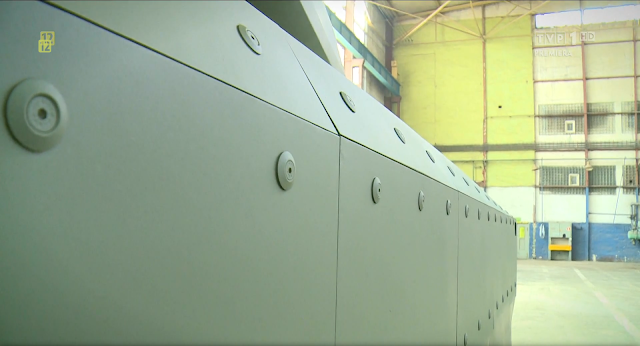 The tank is fitted with a 1,000 horsepower (hp) engine from a Serbian supplier. Supposedly it can deliver up to 1,100 hp, but has been only rated for 1,000 hp on the tank. The upper side of the hull is protected by applique composite armor panels, while the lower side is protected by rubber skirts. 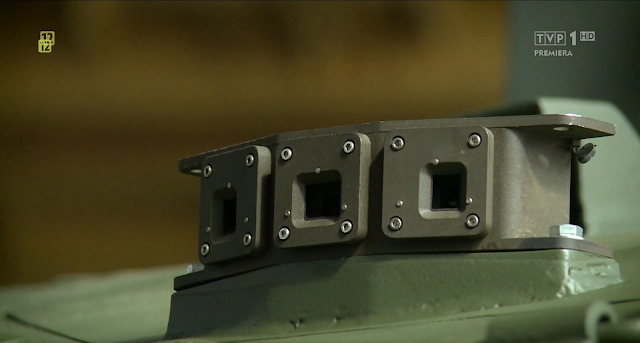 The turret is fitted with a remote weapon station (RWS) and a new sensor system. The RWS is armed with a machine gun and might double-act as a commander's sight. The commander is at least not provided with a separate sight yet and there also appears to be no proper commander's cupola, but rather a few vision blocks integrated into the turret roof. The sensor system consists of at least two modules, one at each side of the frontal turret. Each module contains three sensor units. These units might be cameras or laser-warning sensors. 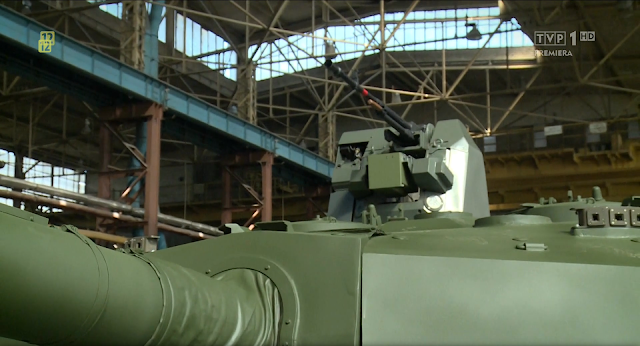 Further details on the PT-16 are expected to become public within the next days.
Posted by m.m. at 9:26 AM