Photographs and video footage of a visit of a Russian ammunition manufacturing facility have been posted to several different web forums. Apparently a government delegation accompanied by a number of journalsits or at least a photographer has visited the site. 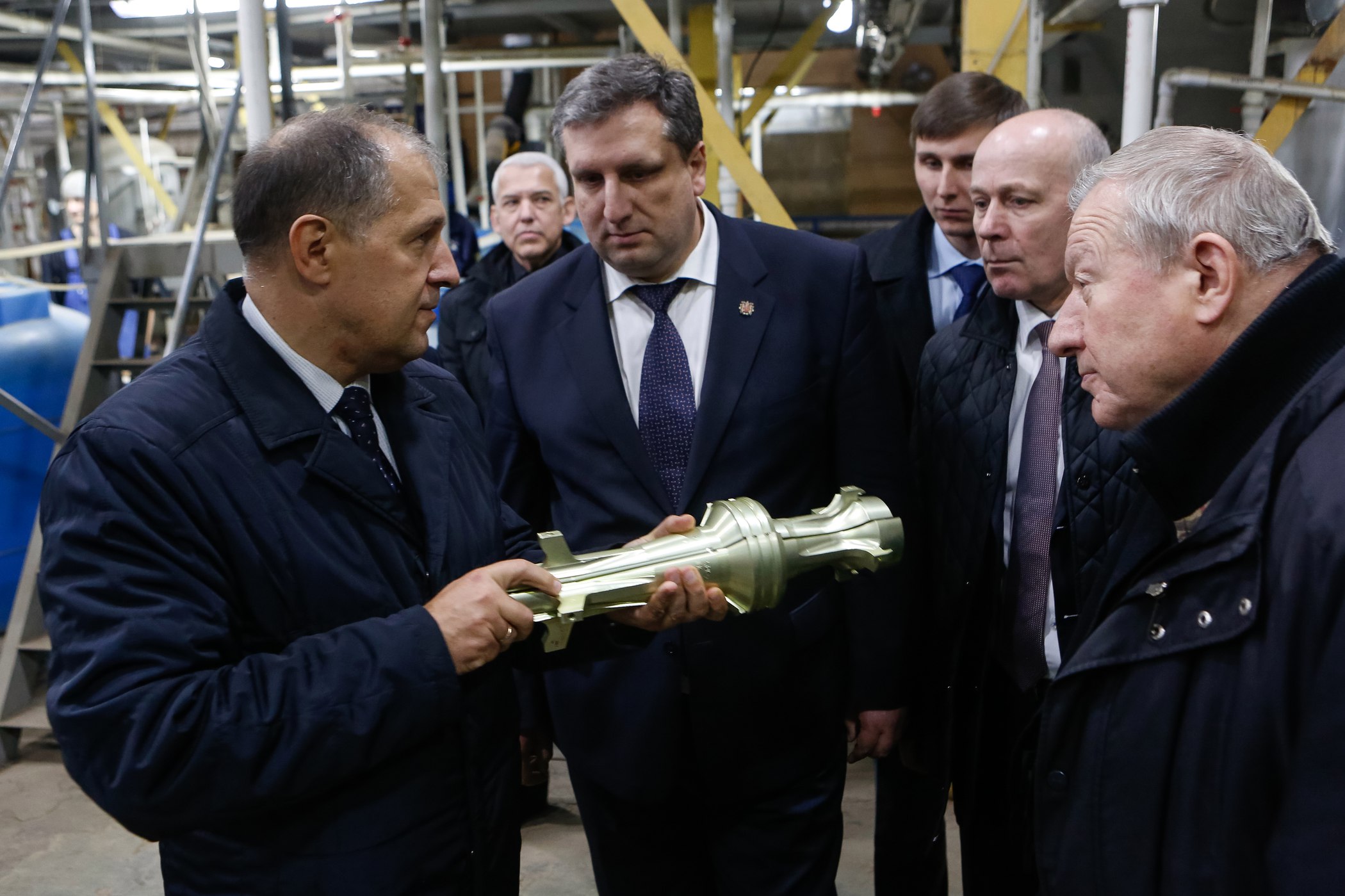 It seems that Russia is mass producing a version of the Svinets-1 or Svinets-2 APFSDS. This fin-stabilized armor-piercing ammunition with sabot is meant to penetrate heavily armored vehicles such as main battle tanks (MBTs). The development of the original Svinets ammunition (without numerical suffix) was started in 1985 and lasted until at least 1991. It is not known to have entered service with the Russian Army. The original Svinets round uses a penetrator made of depleted uranium (DU) with a length of 546 and a diameter of 25 milimetres in order to penetrate an estimated 600 to 650 milimetres of steel armor at a distance of 2.000 metres; some people suggest this estimated penetration is based on performance against 60° sloped steel, which is usually 10% to 20% higher than the penetration against unsloped steel plates. Compared to the Svinets-1 and Svinets-2 ammunition, the original design has a shorter overall length of only 635 mm in order to stay compatible with the older autoloaders of the existing Soviet tanks.


The Svinets-1 and Svinets-2 APFSDS ammunition is supposedly in development since the late-1990s or early-2000s. Some sources proclaim that it has been ready for series production since 2002 or 2005.  While it has been known for quite a while that both the Soviet Union and Russia have been working on the development of more advanced APFSDS ammunition for the T-72, T-80 and T-90 tanks - a number of different types of prototype ammunition has even been pictured - many recent photographs confirm that most of Russia's tanks are still supplied with old ammunition from the mid-1980s, probably taken from former Soviet stocks. Other users of tanks armed with 125 mm smoothbore guns of Soviet origin, among others countries such as the Ukraine, Poland, the Czech Republic and Slowakia, have already adopted more advanced ammunition based on local development projects or Israeli technology.


There is a factor of secrecy involved in the production of tank ammunition. In so far it seems possible, albeit not very probable, that Russia has been producing the improved Svinets ammunition since a few years already. If these rounds were ready for series production in 2002 or 2005, as claimed by some sources, it would be interesting to know when exactly the series production of this ammunition started and what the key factor to start the production at this time was. Are the delays related to some funding issues? Is the introduction of the T-14 Armata with the new 2A82 tank gun the key factor for the Svinets production? Has it something to do with delays during the development of Svinets-1 and Svinets-2?
An explanation might be related to the autoloaders of the older Soviet-designed MBTs; these cannot handle ammunition parts longer than approximately 640 milimetres. Thus Svinets-1 and Svinets-2 are too long for the average T-72 and T-80 tank. Supposedly at least the T-90A features an upgraded autoloader design capable of supporting longer parts, but the original production model of the T-90, which largely relied on the old T-72B chassis, might not have been fitted with an improved autoloader. This might result in the newer ammunition being only useful with a limited number of tanks, which would result in a lower production volume and higher per unit costs. The Armata with new gun and autoloader is most likely capable of handling the Svinets-1/2 APFSDS rounds and larger ammunition. 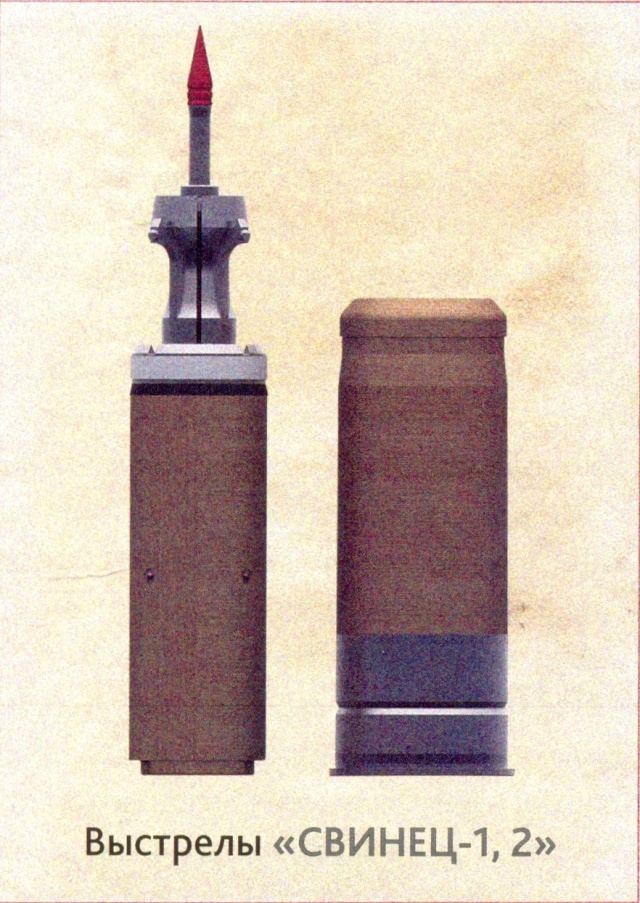 The Svinets-1 APFSDS is using a tungsten penetrator, while the Svinets-2 APFSDS is fitted with a depleted uranium (DU) penetrator. Both of these rounds could mean a major boost in anti-armor capabilities for Russia's tank force. Supposedly the Svinets-1 has the designation "3BM-59", while Svinets-2 is designated "3BM-60". They utilize an aluminium sabot with three points of contact - this is rather unique, as most other types of APFSDS sabot use only two points of contacts. If and how this affects accuracy and barrel wear is currently not known.
Despite the increased length of the sabot, the projectile length for the improved Svinets ammunition is still limited to at most just 680 - 700 milimetres based on the older photograph of Svients-1 and -2 (above), but this still is a decent improvment over the older Mango (3BM-42) and Vant (3BM-32). 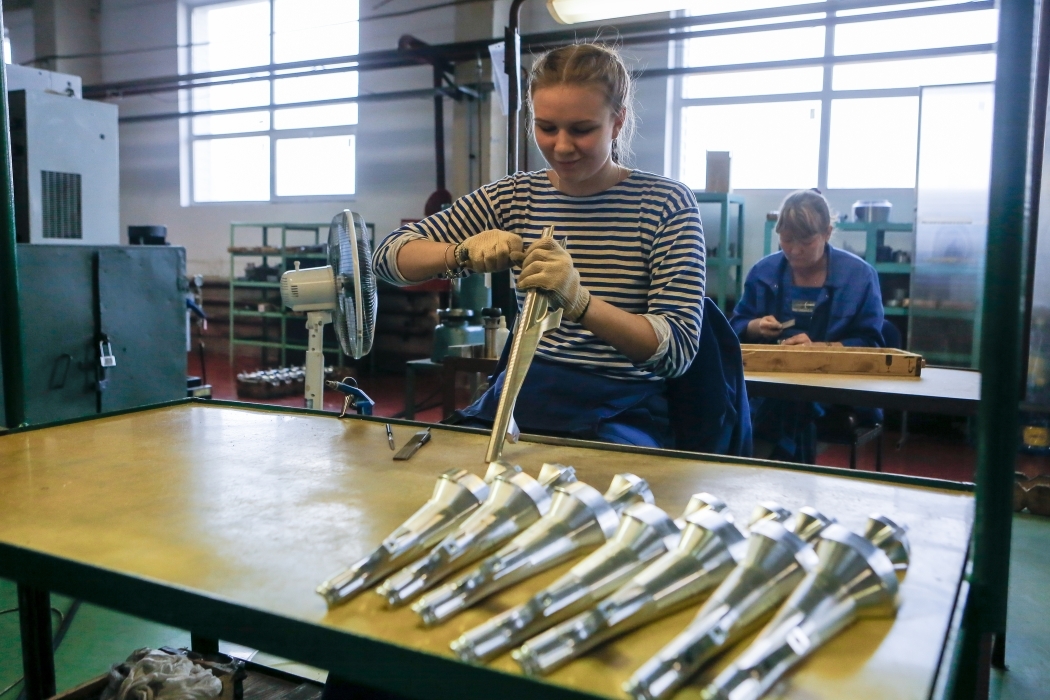 Compared to the 3BM-32 Vant APFSDS with a 380 mm long DU penetrator, the two types of new ammunition have an approximately 79 to 84 percent longer projectile, which should lead to a significant increase in penetration power.
The 3BM-42 Mango relies on an outdated pentrator design, using two relatively short tungsten rods inside a steel body. The greater parasitic weight (as steel penetrates armor less efficiently than a high-density heavy metal alloy) and the construction lead to rather poor performance against steel and specifically against more complex armor arrays. A problem of one and two-piece heavy metal penetrators sheathed by steel body is that during penetration of ERA, spaced armor or composite armor, the penetrators can become unaligned; when the two penetrators don't hit the same spot, the penetration is significantly worse.


Unfortunately a lot of data for a proper assessment of the penetration performance is still missing. The exact shape and construction of the penetrator aswell as the muzzle velocity and deceleration play a major role in the process of penetrating and perforating armor. Still the general length of the penetrator suggests a penetration of some 650 to 750 mm against homogenous armor steel sloped at 60° at a distance of 2,000 metres. Against conventional armor arrays, the Svinets-2 might be penetrate about as much armor as the current US M829A3 APFSDS; against composite armor targets and those protected by heavy explosive reactive armor (ERA), the M829A3 might have significantly better penetration due to the nature of it's constructions, which might utilize an approximately 4 inch long steel tip to penetrate heavy ERA and NERA, a feature which is not known to be existing on the improved Svinets ammunition.

Some photographs might also show parts of the longer Grifel APFSDS, which supposedy has been developed exclusively for the 2A82 gun of the T-14 Armata. While the sabot length in most photographs is clearly too short for the Grifel, there appear to be at least two different types of penetrators; one of them is thinner and longer.
Posted by m.m. at 7:24 AM